Shopping Cart
Your Cart is Empty
Quantity:
Subtotal
Taxes
Shipping
Total
There was an error with PayPalClick here to try again

Thank you for your business!You should be receiving an order confirmation from Paypal shortly.Exit Shopping Cart

History of the Breed 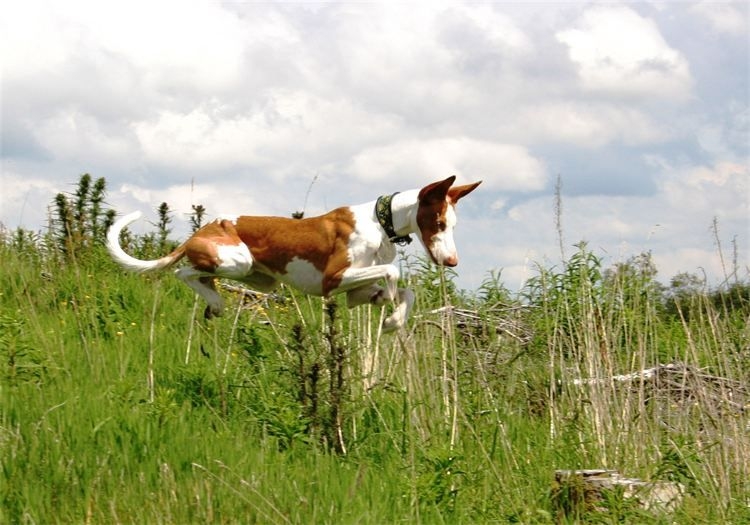 This is one of the ancient breeds of dog. It is thought that the Ibizan Hound dates back to the Phoenicians. It is believed that they were used for hunting by the Pharaohs. The dog is featured in hieroglyphics, statues and are depicted in papyrus, tablets and on pyramid walls.

This breed is said to have been used to hunt by the pharaohs of Egypt. Sculptures and paintings from ancient Egyptian tombs around 3000 B.C. depict a dog bearing a striking resemblance to the Ibizan hound. This was discovered in 1922, when the tomb of Tutankhamen was excavated.

During the 8th century the Phoenicians did much travelling and trading throughout the Mediterranean and it is believed that they took the hounds with them to the Balearic Islands. The dogs are seen on all the Balearic Islands but most prolifically in Ibiza hence the name – the Ibizan Hound or Podenco Ibicenco in Spanish.

The breed is now common on the Spanish peninsula where variations upon the original breed have resulted in the Andalucian Hound (Podenco Andaluz), Manchego Hound (Podenco Manchego) and Maneto/Podenco Enano (a miniature version of the breed). They are a very versatile breed, being used to hunt, point and retrieve. Ibizan Hounds will retrieve game live to hand, and are quite "soft mouthed" not unlike some gundogs, yet their lips fit very tightly over the teeth, hard to believe with such sharp muzzles they can have such soft mouths.

The first thing that most people notice about the Ibizan Hound is its pink nose, the second thing being its large mobile ears. They have the most amazing amber eyes and are very expressive. Their movement is unlike that of any other hound. They have a far-reaching stride, and a slight "hover" before placing their front paws on the ground, a suspended trot is the best way to describe the movement. If one has ever seen the beautiful Lipizzaner horses, the Ibizan Hound can mimic every movement perfectly. And it is breathtaking to watch these hounds work. They are a very affectionate breed, and are mortified when shouted at; the look in their eyes make you wish you could take it all back. A most wonderful loyal breed, they have an affinity with children and love to join in whatever game is going, even to climbing trees! A long-lived breed, seventeen years-plus has been recorded and here in the UK we have no incidents of hereditary disease or defect, of this we are extremely proud. They have never been one of the more popular sighthound breeds in the UK and have been loved and cherished by a small group of owners over the last 50 years or so. The Ibizan Hound does make a good pet, but it is not a breed for the fainthearted, they can be fairly vocal, and adore company, they take a long time to mature, not so much physically as mentally, but if you want a hound that has remained unchanged for thousands of years, and if you can give buckets of affection back, and don't mind sharing this is definitely a breed to consider.